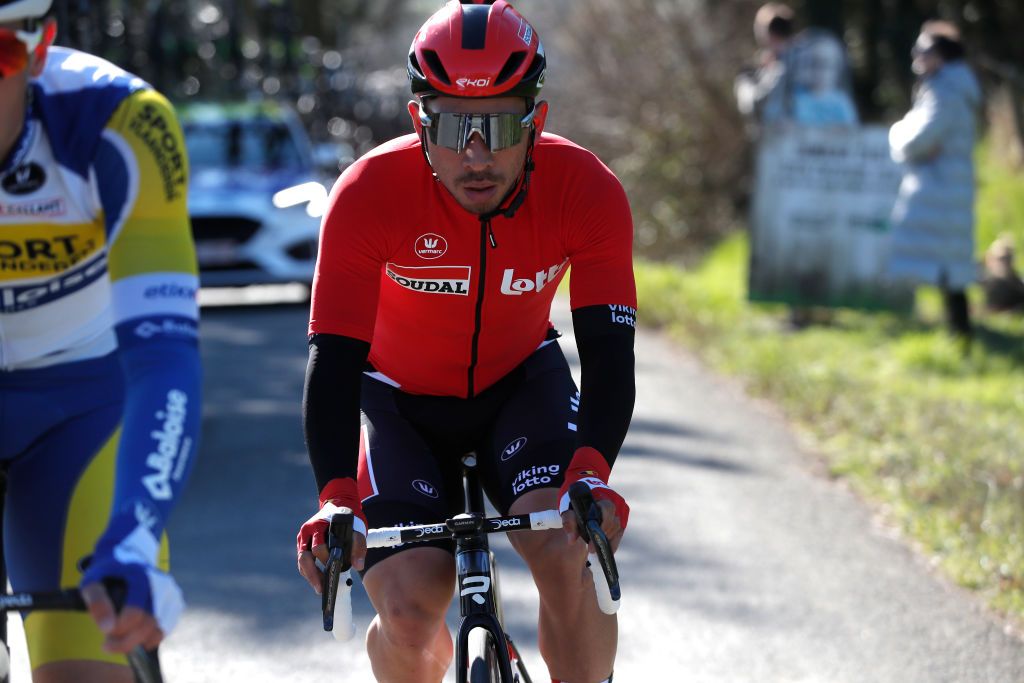 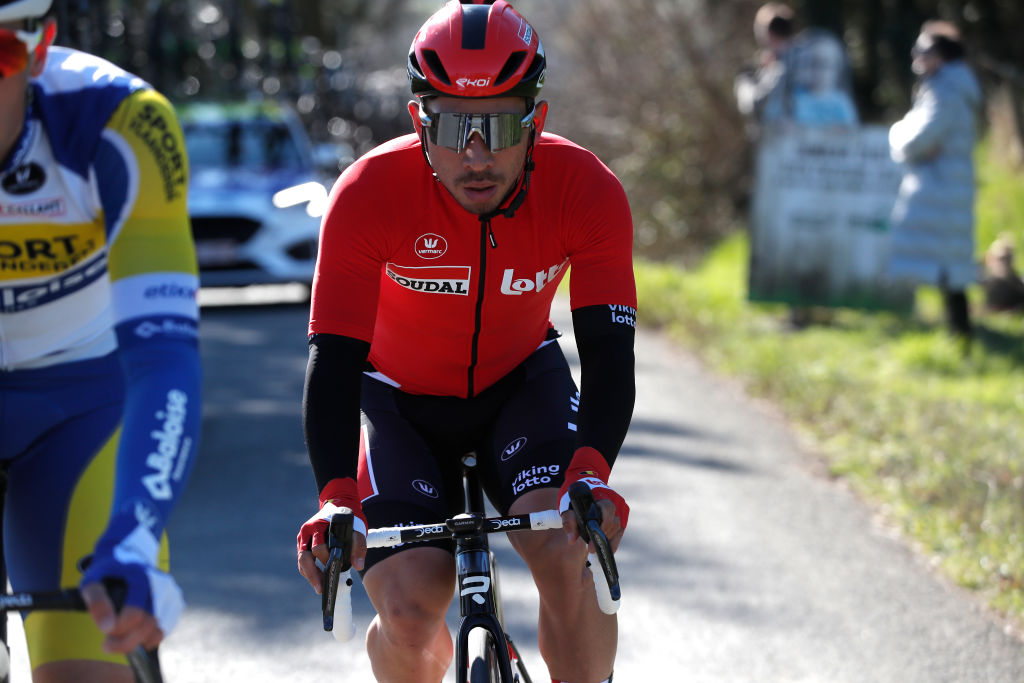 Caleb Ewan wasn’t supposed to be at Kuurne-Brussel-Kuurne, but the Lotto Soudar rider turned up and waved away any lingering doubts about his Milan-San Remo prospects in the aftermath of a recent illness.

Although it was not specified at the time, Ewan confirmed in Kuurne that he had contracted COVID-19 following the Saudi Tour, which caused him to scrap the UAE Tour from his programme.

The Australian returned at last week’s Tour du Var and won the opening stage, but Kuurne was another step up in level and intensity. In a rare cobbled Classic appearance, he placed second, just edged out by Fabio Jakobsen in a dramatic sprint finish through breakaway remnants.

“I think like half of the peloton [have had COVID], especially the ones that came from Saudi, because I think we were all on the same flight. So yeah, I had to have a few days off, some isolation and that messed up the preparation a little bit but, you know, I think I was already in good form,” Ewan told reporters in Kuurne.

“I took it as bit of like a rest period. Luckily it was straight after a race, so I had time to rest as well. Then I came back for Haut Var and could win straight away again and yeah, today I felt good again.”

Although he couldn’t overhaul Jakobsen, Ewan was impressive as he came from far back to weave his way through and compete for the prized donkey given to the winner here. However, what really stood out was not his sprinting but rather the way he dealt with the climbs earlier in the race.

The diminutive Australian appeared to float up some of the early cobbled bergs. When the more rounded Classics contenders lit the race up on the Côte de Trieu with 60km to go, he found himself in the main chasing bunch along with his fellow sprinters -– but not necessarily because he was ‘dropped’.

“The climb that they really went away on, I was too far out of position, but I think if I was there I could have followed for sure,” Ewan said.

As for the way he’s sprinting, there were no complaints, with Ewan noting that Jakobsen is “more of a pure bunch sprinter” and “flying at the moment”, with the Dutchman already on five wins for the season.

“Obviously, I came into win, not come second, but I have to be happy,” Ewan said.

“We haven’t won at Opening Weekend for I think 20 years, so I was really hoping that I could win for the team today but it wasn’t to be. It was a bit of a last-minute call up so I’m happy with the way I performed.”

Kuurne-Brussel-Kuurne is not the be-all and end-all of Ewan’s early season, but Milan-San Remo just might be. The Australian has ridden the Italian Monument five times now, placing second on two occasions, and has made it one of his major objectives.

Final preparation will come at Tirreno-Adriatico, starting March 7, but for now he’s where he needs to be.

“The shape is there. I felt really good, especially on the climbs, so yeah, I feel strong, and I feel fast in the sprints. Everything is on track now,” Ewan said.

“I’ve got Tirreno coming up so hopefully that’s going to be some more chances to win first and then hopefully take the form to another level.”