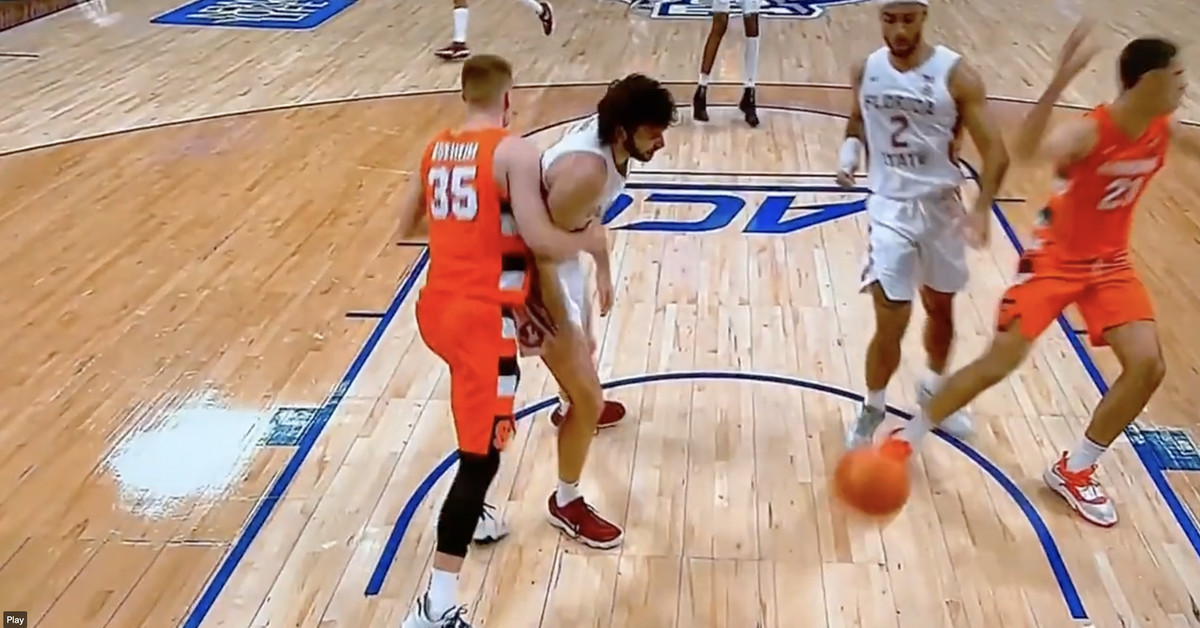 It’s been a down season for Syracuse men’s basketball, but the 2022 ACC tournament offers the program a chance to make a Cinderella run to the big dance. The Orange had to start their run in Brooklyn against Florida State, and they already got a gift from the referees when one of their best players was allowed to get away with an apparent punch to his opponent’s chest.

Buddy Boeheim, son of Syracuse head coach Jim Boeheim, struck Florida State’s Wyatt Wilkes and wasn’t called for a foul. How did the refs let Boeheim get away with this?

Boeheim, a 6’6 senior forward, led Syracuse in scoring this year at more than 19 points per game. Syracuse is lucky he didn’t get ejected. The Orange enter the ACC tournament at 15-16 overall and 9-11 in the ACC. Winning the conference tournament is their only path to the NCAA tournament.

Fans around the ACC were stunned he got away with it.

If this tournament were in Greensboro they would have had Buddy Boeheim deported. It’s in Brooklyn, so him punching a dude in the chest isn’t even a foul.

Buddy Boeheim what the actual hell was that?

For the schedule and results at the 2022 ACC tournament, follow along here.