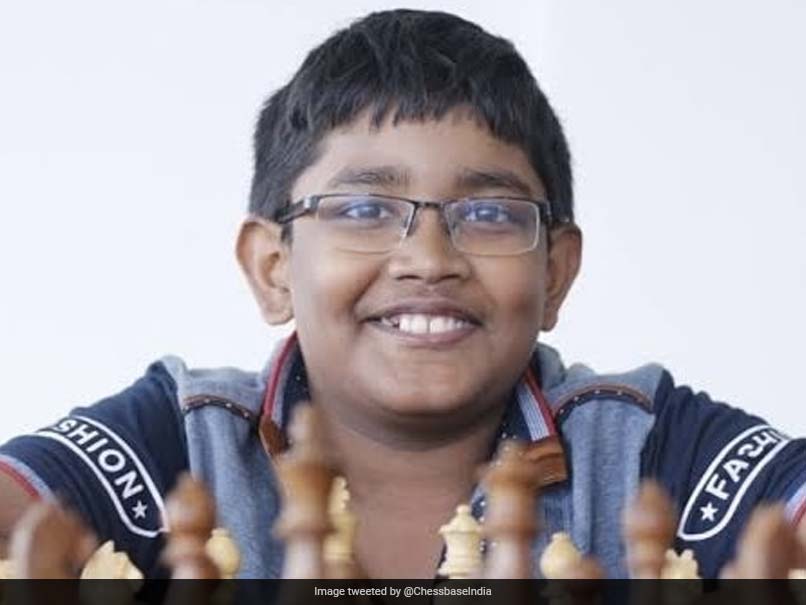 Fourteen-year old Bharath Subramaniyam on Sunday became India’s 73rd chess Grandmaster, securing the third and final GM norm at an event in Italy. The Chennai-based player scored 6.5 points from nine rounds along with four others to finish seventh overall in the event held at Cattolica. He obtained his third GM norm and also touched the requisite 2,500 (Elo) mark. Fellow Indian player M R Lalith Babu emerged winner in the tournament with seven points, winning the title on the basis of a better tie-break score after he tied with three others including top-seed Anton Korobov (Ukraine).

He finished with six wins and one draw while losing two games – against Korobov and Lalith Babu.

Bharath achieved his first GM norm after securing 11th place at the Aeroflot Open in Moscow in February 2020. He secured the second norm after placing 4th in the Junior Roundtable Under 21 tournament in Bulgaria with 6.5 points in October 2021.

To become a GM, a player has to secure three GM norms and cross the live rating of 2,500 Elo points.

His coach M Shyam Sundar, a GM himself, congratulated Subramaniyam and tweeted, “Congratulations Bharath for becoming the latest GM of India!! Let’s focus on new goals in this new year!!”.

Subramaniyam had become an International Master at the age of 11 years and 8 months in 2019.