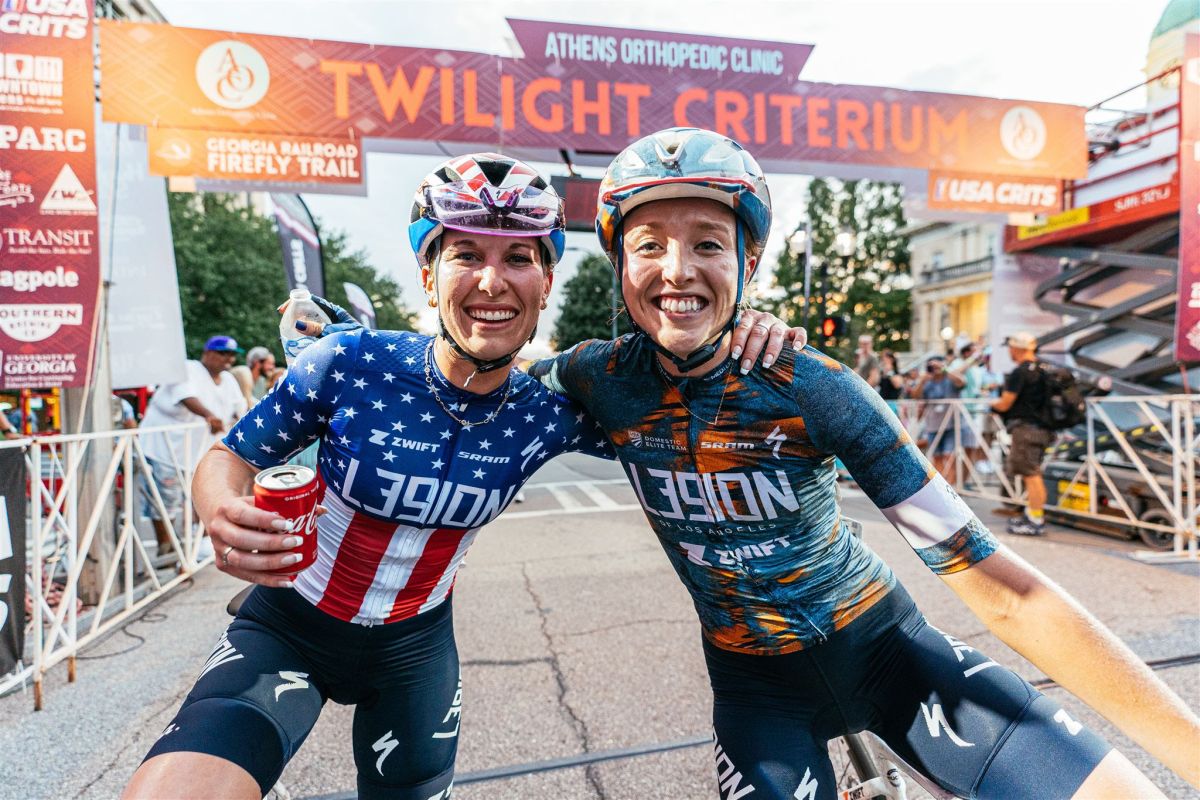 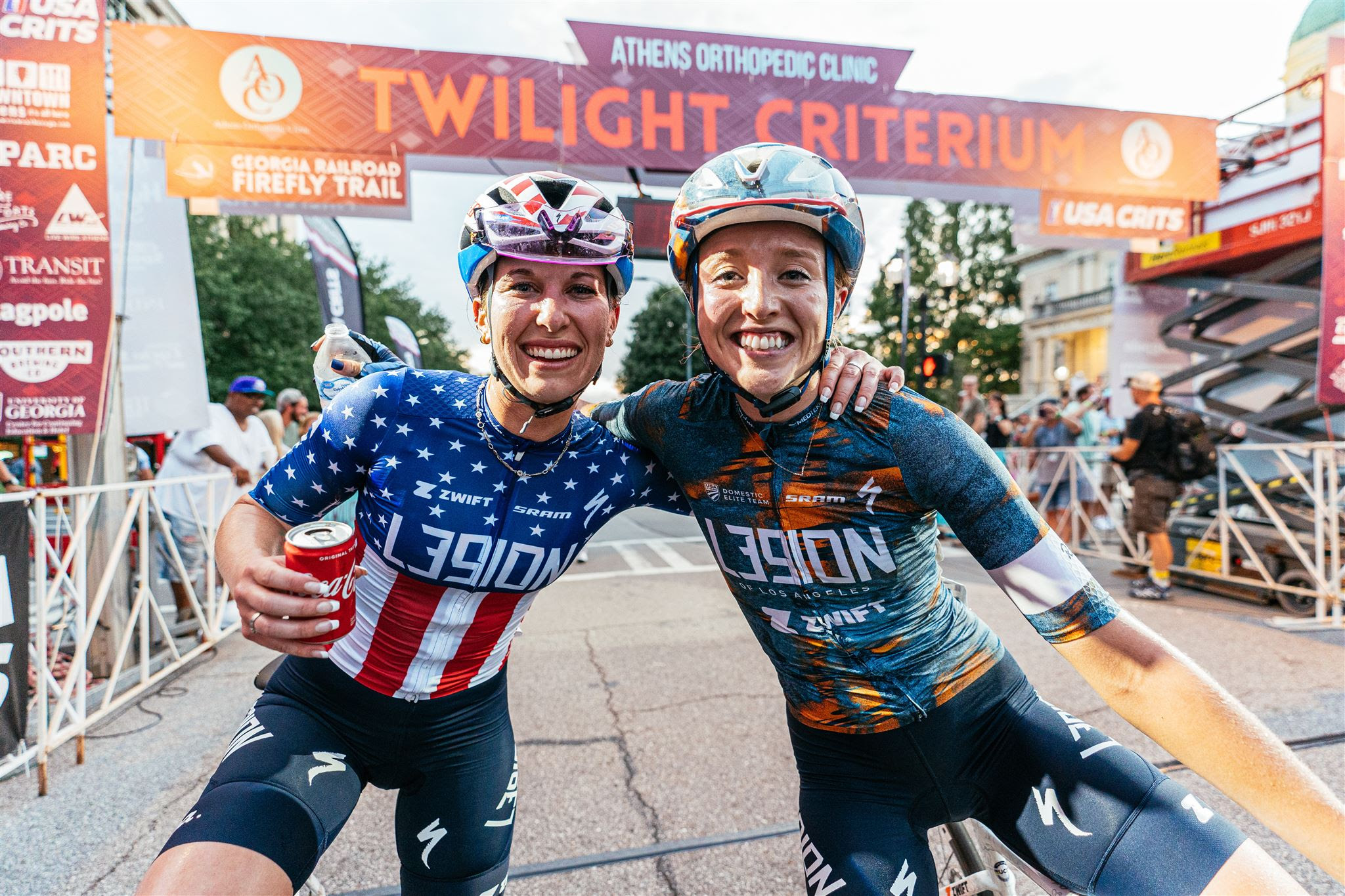 L39ION of Los Angeles will have riders at the opening event of the American Criterium Cup this Saturday, Sunny King Criterium, but they officially don’t consider the Anniston, Alabama appearances of its riders as a “team race”.

The women’s race lines up with the same quintet that competed at mid-March’s Birmingham Hammerfest which included a sweep of the podium – winner Alexis Ryan, second-place finisher Skylar Schneider, third-placed Kendall Ryan and Samantha Schneider, who was one step off the podium and Julyn Aguila, who was 15th.

For the men’s crit on Saturday under the lights in downtown Anniston, Ty Magner and Ian Garrison will compete, who supported Justin Williams for the victory in Birmingham. Both Magner and Garrison are based in Georgia, so make the short drive to Alabama to compete. Magner, who won the Anniston race in 2015, told Cyclingnews the duo just planned “to race smarter than everyone else”.

L39ION released its official ‘tour calendar’ on social media earlier this week noting 13 key races it would attend as a full squad. The calendar opens with Sea Otter Classic in Monterey, California, rather than the opening round of the American Criterium Cup. Cory Williams continued his winning ways taking a sprint victory at the Friday circuit race.

“L39ION of Los Angeles is thrilled to release our tour calendar for the 2022 season. Although we’ll be attending a few impactful and/or culturally significant races that overlap with the American Criterium Cup, we will not be participating in the series,” Justin Williams, co-founder of the Continental team, said in an official team statement.

“Our mission is, and will always be, to elevate the sport through equitable opportunities for teams and exciting fan experiences. However, the series’ lack of collaboration and consideration for team’s best interests have produced a system that fails to meet the expectations we had hoped for.

“With that said, the team couldn’t be more excited for this upcoming season, and we look forward to seeing you on the road.”

The 10-race American Criterium Cup series kicks off Saturday at the long-standing ‘king of all crits’, the Sunny King Criterium now in its 20th year. The new series, launched in part by USA Cycling along with a group of domestic teams and race directors, offers support and prize money totalling $100,000, to be shared equally between men and women at the end of the season. The final event will be in September at the Bommarito Audi Gateway Cup in Missouri.

Sam Schneider won the event in 2016 and returns to racing alongside her sister on the L39ION squad. Sam took off for more than a year to start a family with her husband Andy, having a baby boy.

“The team we have here to race Sunny King is an incredibly talented group of women. We will have a lot of options on how we race, which makes it quite exciting. We have a lot of depth in our squad and a vast amount of race experience to really make the race dynamic,” she told Cyclingnews.

“It’s been a few years since racing here (and a lot of changes since then!) and being new on the team, it would be spectacular to be able to get the job done.

“Sunny King always has a very competitive, talented field for the women. The teams this year are very strong and having not seen them race yet always makes it a bit unknown on where everyone’s at. I think a lot of teams are coming in motivated and eager to make a statement.”

Among the larger squads lining up against L39ION in the women’s crit will be DNA Pro Cycling Team with its speedster Maggie Coles-Lyster, Colavita-Factor Pro Cycling with Christina Gokey-Smith, who was fourth last year, and six riders on CWA Racing p/b Goldman Sachs ETFs.

Both elite races Saturday as well as a full day of amateur events will be broadcast live, from 12:00 to 9:30 p.m. CDT, on the Sunny King Criterium livestream presented by Sparklight, which is free for all viewers. Five cameras will be positioned around the one-mile course with the action called on the live stream by Brad Sohner and course-side reports by Frankie Andreu.

All you need to clean your bike