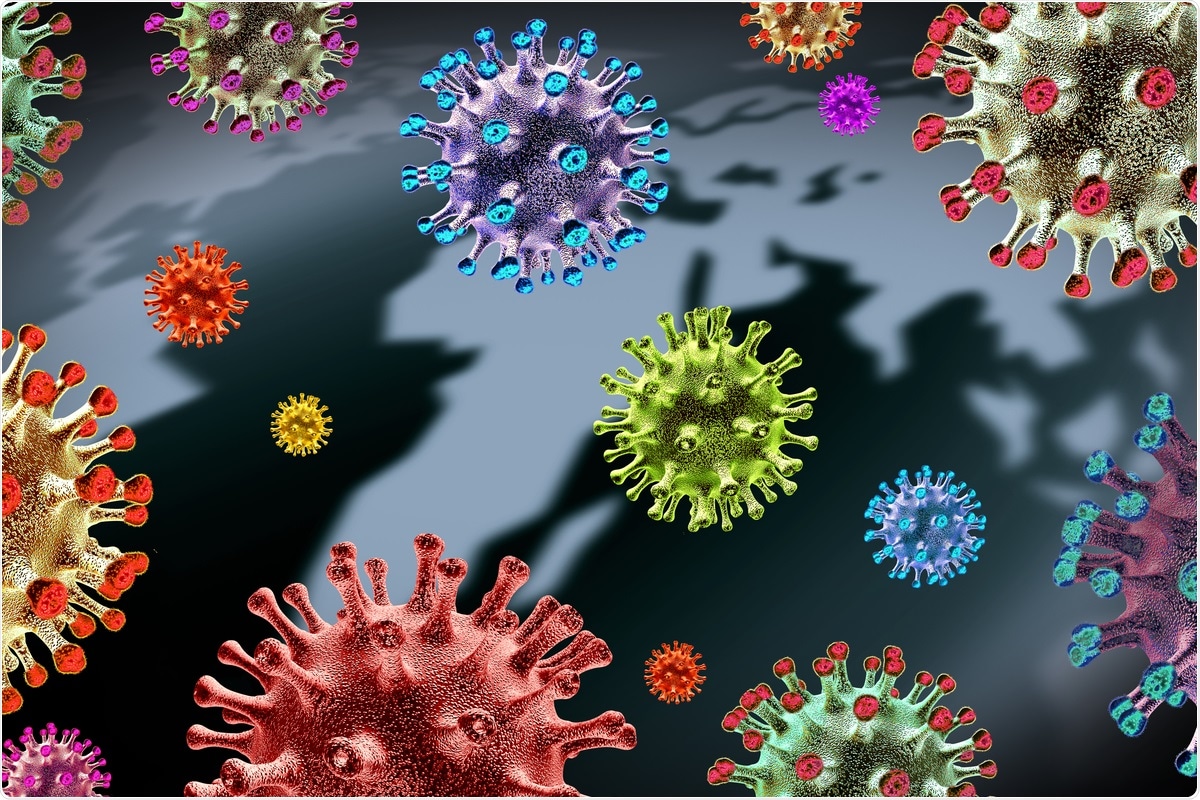 Avian coronavirus (AvCoV), which is a pantropic coronavirus with six genotypes and 32 lineages, affects chickens and causes avian infectious bronchitis (IB). AvCoV is a ribonucleic acid (RNA) virus with a number of mutants that are referred to as the “quasi-species.”

The mutations within AvCoV occur through genetic drift and natural selection. Moreover, AvCoV mutants exhibit a 20-25% amino acid alteration in the S1 ectodomain of the spike, which is the subunit where several antigenic domains are mapped.

To produce new serotypes, 10-15 amino acid changes are sufficient to develop into newer variants of concern with higher immune escape capacities, as the antibodies induced by the vaccines are unable to identify the antigens of newer mutants.

A recent study published in the Journal of Molecular Evolution included an in vitro assessment of the effect of antibody titers and vaccine combinations on the emergence of escape mutants of AvCoV.

The Beaudette strain of AvCoV belonging to the GI-1 lineage was used as a reference virus. Additionally, two inactivated vaccines including the AvCoV monovalent and bivalent vaccines were used for the production of anti-AvCoV sera. In addition to performing an escape mutant assay, the researchers also determined viral loads through reverse transcription qualitative polymerase chain reaction (RT-qPCR). The full genome variants were also sequenced.

Full variant genomes were 27,602 nucleotides in length with coverages ranging from 15,781-64,084. When comparing the full dominant genomes that were recovered after the escape mutant assay, the researchers observed that despite minor single nucleotide polymorphisms (SNPs) in the 3 and 5’ untranslated regions (UTRs), a 100% resemblance was detected in all the sequences. The only exception to this observation was reported in samples treated with undiluted control serum.

After excluding all variants found for the GI-1 and GI-1/GI-11 treatments related to nonspecific virus neutralization, mutations due to passage only, dilution factor, and plesiomorphic states, the total number of remaining variants were eight and nine for the GI-1/GI-11 treatment, respectively. However, no statistically significant difference was found for the number of these variants.

Of all the reported variants, three were common between two or more therapies, each of which was 5’ UTRs. At codons 31 and 50 of the envelope protein gene, stop codons were detected after treatments with GI-1 and GI-1/GI-11.

Subdominant variants could be detected along the genome using mono and bivalent anti-AvCoV sera of chicken post-vaccination, with inactivated vaccines after a single round of in vitro virus neutralization.

A unique substitution of F307I at the S1 portion of the spike protein was observed after treating the challenge virus with bivalent GI-1/GI-11 serum. This result responded to a neutralizing site of the spike, which suggests that the GI-1/GI-11 variant could be an escape mutant.

A lack of complete virus neutralization might have caused a G variant that resulted in an I35V amino acid change in the envelope protein E. This is notable, as this protein has a major role in virion assembly and is predicted to harbor B-cell epitopes.

The A63T 5’UTR variant found after treating GI-1/GI-11 serum at a titer of ten has the potential to affect messenger ribonucleic acid (mRNA) transcription on the mutant as demonstrated by its mapping to the transcription regulatory sequence (TRS).

Taken together, the findings of the current study demonstrate that AvCoV escape mutants may arise at low antibody titers due to polymorphisms on the spike protein. Polymorphisms in non-coding regions and non-structural proteins may have a role in viral fitness. Further studies are needed to better understand the relationship between serum specificity and escape mutant predictions.